Firework Professionals has been firing professional firework shows in Dunedin and all of Otago for decades. Pyrotechnicians Chris and Reuben Hilder have been firing firework displays on our behalf for about 30 years. As well, we have a talented pool of technicians based in Queenstown and Wanaka.

Otago hosts a range of festivals that feature fireworks, and Firework Professionals produce displays for New Year’s Eve and the Chinese New Year, as well as for community events year-round.

One of the more memorable shows we’ve produced was for Otago’s 151st anniversary, where we fired the first helicopter based firework show seen in the South Island. Fired from a helicopter flying over Otago harbour and suspended beneath the helicopter was our custom rig, loaded with a wide variety of firework effects aimed horizontally, and further below the rig was a large lancework firework sign.

Whatever your budget, we can provide pyrotechnic displays for all types of events as well as confetti, streamers, indoor pyro and special effects. At Firework Professionals, we’ll work with you to see your event vision fully realized. Take a look through our gallery to see some our work, and for a no-obligation quote talk to us today. 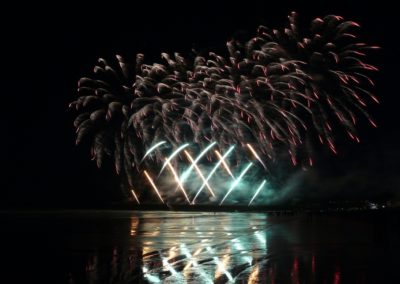 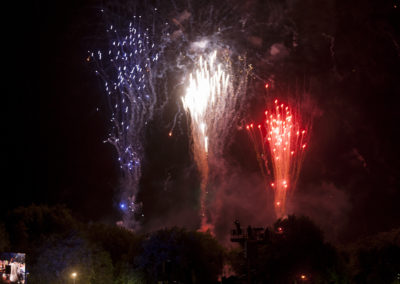 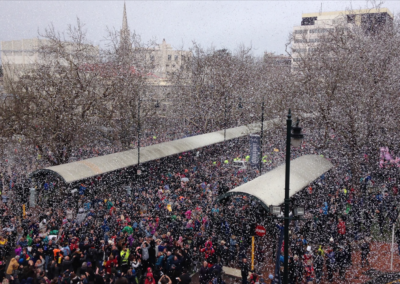 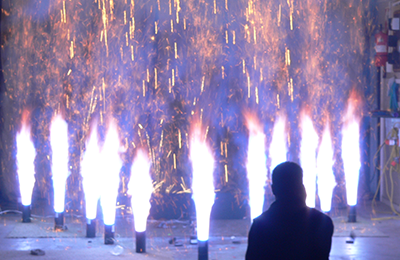 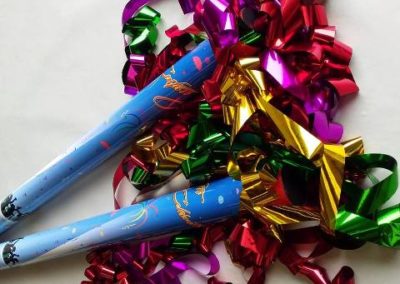 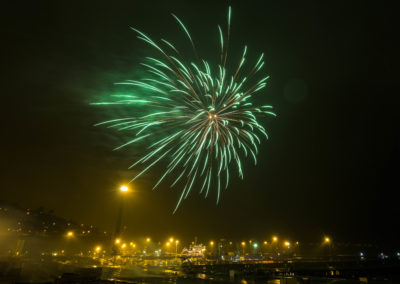 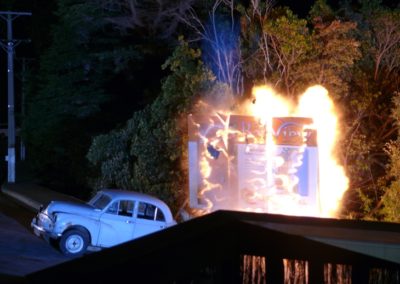 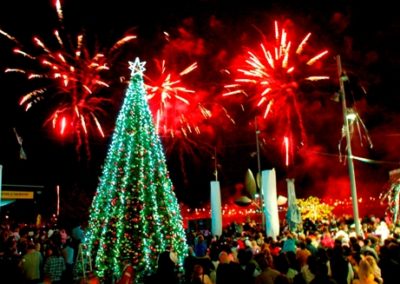 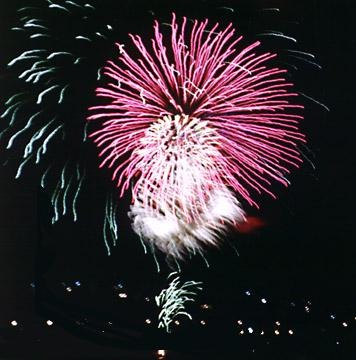 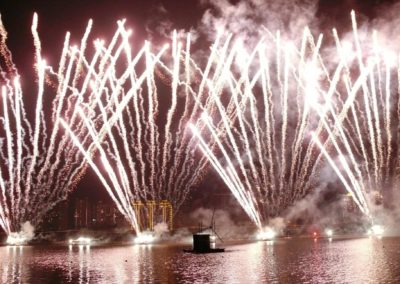 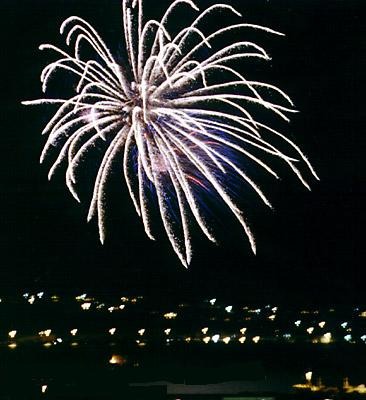 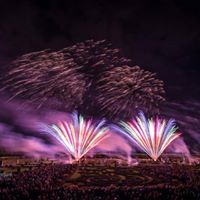 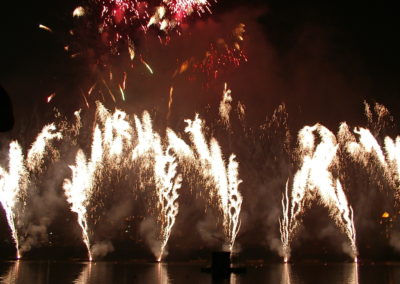 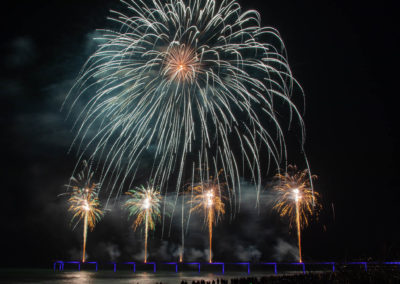 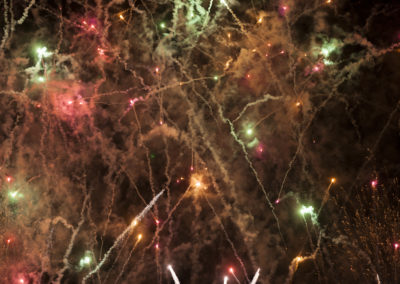 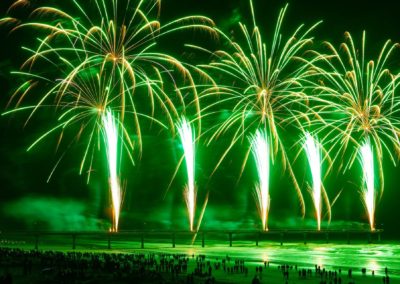 "Just wanted to say a huge thank you to you guys for such a fabulous fireworks display for our NYE event!  We were extremely happy with it – was hard to know what we’d be getting for the price having never done a fireworks display before but we were thrilled with the length of time the show went for and how impressive it was!  Great work!   Also how well the area was cleaned up and left so tidy afterwards.   Thanks to all involved."

"The feedback so far from Queenstown and Wanaka are they both looked amazing. All punters were stoked and pics that have come through looked amazing and certainly something you and the team should be very proud of. Look forward to working with you again."  Craig, Summit Events Wanaka

"Thanks so much for a wonderful display for Guy Fawkes. It is such a privilege to see your work which was stunning! Feedback has been great this end. Your team were terrific on the day - helpful, cheerful and I enjoyed working with you all."
Sheena, CCC Events Team

"Just back in the office now….but the show was incredible!!! John and the team were amazing! Everyone raved about it! Truly, thank you so much for all of your help"  Kirstin, Cardrona

“Thanks first of all for the best fireworks display I have seen off the pier. It was mind blowingly AWESOME! Massive congratulations to your team. I found at all times your team easy to work with and communication lines were always open. The way that they conducted themselves was typical to what we have come to expect out of Firework Professionals.."

“I wanted to express to  Fireworks Professional, my and my organisation's gratitude for the professional and brilliant displays the team  did for the both the Opening and Closing. While our traditional and contemporary entertainment performances were spectacular and well received by the audience it was the fireworks displays that were the talk of the country. Both were brilliant in every respect - timing & duration, mix of fireworks, the intensity. I was told even the seasoned overseas TV commentator said that of the many major ones he's witnessed around the world at major sporting and other celebratory events our were the best he's experienced - which says a lot. Thanks guys."

“The Trusts Spooks and Sparks Fireworks Spectacular was fantastic once again .. thanks to you.   The Fireworks are the pinnacle of the evening … thanks so much to Anthony and Chris and the team … a really spectacular show that people are still talking about. "

WOW!!!!!!!!!
What a great firework display!!!   It really was spectacular and everyone is talking about it!!
The whole evening was a huge success with the Fireworks being the highlight!!
Thank you so much for all that you and your team have done to make it happen."

We were extremely pleased with the end result.  The show was well designed, captivating and a huge success for our clients.  The product used was of a high standard and the systems in place gave me confidence that we had the necessary back up. Fireworks Professionals were very safety conscious, and the pyrotechnic staff’s safety was always paramount.  All consents were granted without any problems or queries.

I would not hesitate to to recommend Anthony and his team and we look forward to working with them again in the future."

Rebecca, Inside Out Productions

“The fireworks were an absolute hit!  I'm not sure if you were aware but we even made the Otago daily newspaper!  Our guests were well and truly blown away!"

“Thanks for a stunning 1812 Pyro display – just wow! Speechless as always to the story you tell through colour, pyro choice, musical interpretation and precision timing. But it is appreciated and noted! Thank you for  all your efforts on site and in the pre planning and the lead up to the event."