Home / What are Fireworks?

How to define “Fireworks” 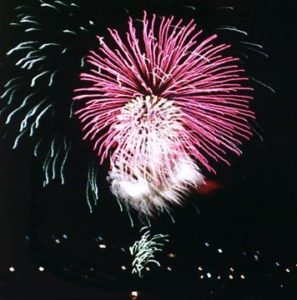 On a site dedicated to firework shows and training in fireworks it is worth taking time to answer the question “what are fireworks”?

Asking around friends and neighbours I get answers like:

From the NZ Hazardous Substances and New Organisms Act 1996:

“firework means an object containing small quantities of hazardous substances with explosive properties enclosed in a case of paper or similar material of such a strength, construction, and character that the ignition or explosion of one such firework will not cause the explosion en masse of similar fireworks kept or carried with it, and whose sole or principal effect is not percussive or vertical or horizontal flight”

I can’t say that definition sings to me! So I asked the boss and got:

So that is what we do at Firework Professionals; we are poets, chemists, artists, and have obligations to keep our pyrotechnicians and our audience safe.